This striking canary-like bird is a similar size to a corn bunting, and holds territories like its chubby bunting relative. It has an unmistakable ‘little-bit-of-bread-but-no cheeeeese’ song, which can be heard from some distance, and their bright colour makes them easy to spot on overhead wires, fence posts or bushes. To identify numbers of singing male territories:

Multiple species transects: if you have other waders/corn buntings/yellowhammers on your cluster priority list, you could survey them at the same time. 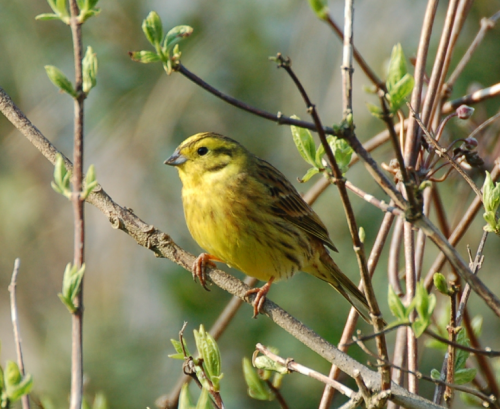