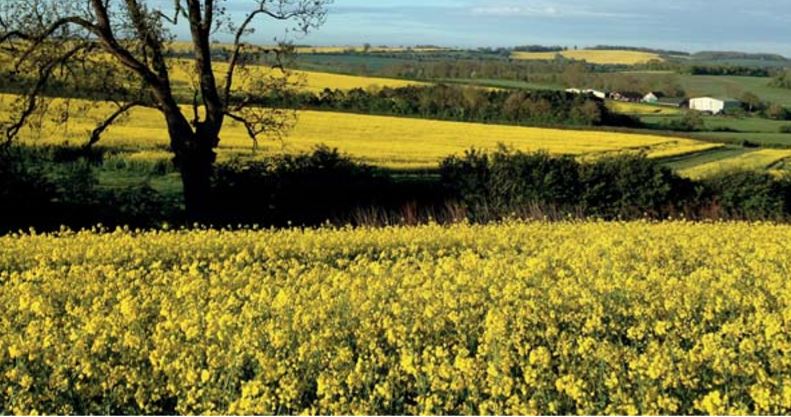 Chris Stoate explains that, by working together, farmers can tackle problems like water quality and erosion

Farm Clusters have become a remarkable success. Respected farmers with a love of wildlife inspire their neighbours to join them in the conservation of it, when normally it is iconic species which inspire people and benefit from resulting landscape scale habitat management. Collective action of this sort is particularly important for aquatic species, and to meet other objectives associated with water quality at the catchment scale. But what happens when there is no inspiring individual farmer to rouse others into action, or where there is even a lack of trust between neighbouring farmers, or where there is no iconic wildlife species to provide the focus for collaboration? This is a common enough situation.

In our Water Friendly Farming experiment near Loddington in the headwaters of the river Welland, we used a herbicide to provide that focus. Propyzamide is a much-valued tool in the very limited armoury to combat black-grass, a highly competitive arable weed, and is applied at the oilseed rape stage of the rotation. But this herbicide is also difficult to remove from our drinking water supply and often exceeds the statutory 0.1µg/L limit (equivalent to three grains of salt in an Olympic sized swimming pool).

As a result, there is a risk that its use could be restricted, making life difficult for arable farmers and reducing their capacity to produce food. Propyzamide moves to water attached to soil particles, so reducing erosion also helps to reduce propyzamide concentrations in water. Black-grass thrives in compacted waterlogged soils which are also most susceptible to erosion and constrain crop yields. Clearly there are links here between farmer objectives for productive and profitable crop production, water company objectives for reducing pesticides in water and environmental objectives for the conservation of aquatic wildlife. Because sediment clogs drainage channels downstream, there are also implications for flood risk management. The herbicide is at the centre of a web of interacting issues.

By using four years of herbicide concentration data from our study catchments, together with rainfall, stream flow, and crop area data, our partners at York University could estimate that, to keep the herbicide concentration below the 0. 1µg/L limit, we would need to restrict the oilseed rape area to less than 5% of the catchment area. Additional or complementary mitigation options include extending the rotation with vigorous hybrid barley which can compete against black-grass, reducing tillage intensity, and monitoring soil moisture and compaction to guide herbicide applications and better soil management. We put these options, and others, to the farmers in one of our study catchments.

In some years the oilseed rape area is around 5% of the catchment, but in others it is up to 30%. It depends which part of each farm is within the catchment boundary in any one year. How could land use be co-ordinated so that the 5% limit was not exceeded? The consensus was that it could not. Such a restriction would impose too heavily on the economics of the farm business and create tensions between neighbouring farms who do not normally work together. Multiple tenure arrangements between neighbouring farms complicate the issue, and expansion of the area managed by contractors restricts long-term planning and makes timely operations more difficult. There was also concern about the economic risks associated with adopting a zero-tillage approach to soil management on clay soils, and a lack of long-term Government support for more sustainable soil management. Introducing hybrid barley into the rotation was well received as a means of extending the rotation and controlling black-grass.

There was also interest in improving understanding of compaction with a view to carefully targeted management that would reduce erosion and improve crop performance. Access to local soil moisture data was also considered to be potentially useful to guide appropriate management of both pesticides and soils. And although farmers were reluctant to collaborate, they agreed that there was an important co-ordination role for local trusted advisors. Because of this exercise, we all have a better understanding of how a wide range of objectives interact, where the constraints are, and what potential opportunities we could explore to meet the multiple objectives we all have for agricultural landscapes.