The Chalke Valley Farmer Cluster and Pewsey Downs Farmer Group in Wiltshire have been trialling an app for recording wildlife on their farms. Both groups are facilitated by Simon Smart, a consultant at Blacksheep Countryside Management, who encourages them to observe and record wildlife. This helps the group to understand what they currently have, and to record how changes in farming practices positively impact biodiversity. 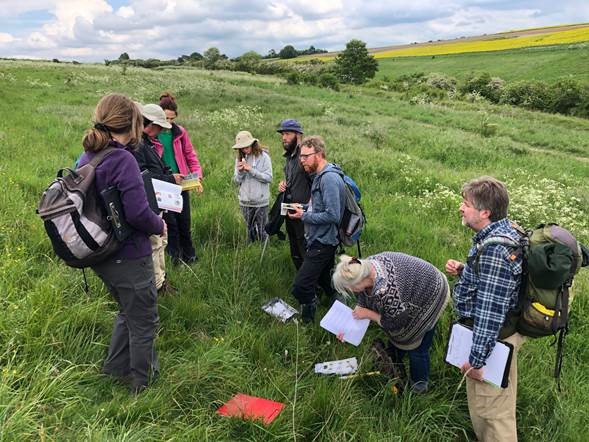 Because land managers are very busy with day-day tasks, observations noted down using pen & paper got lost or just never made it into the records database.  Also, because there was no standard form to fill out, records were usually missing important information and everyone tended to record things in a slightly different way, making the data hard to compare.

There was also no feedback to the person recording the data.  They had very little visibility of their data after it had been reported, so the incentive to keep on recording wasn’t strong.

Essentially a simple tool was needed to both provide the ability for farmers to ID the wildlife on their farms and record it in-situ.

Simon discovered Coreo, a customisable environmental recording app developed by Natural Apptitude, and set about co-developing a bespoke recording app for each of his groups.

The Pewsey Downs group and Chalke Valley cluster apps each have their own identity and design, using Coreo’s built-in styling tools.

Each app features an in-depth ID guide covering the species of interest.  The ID Guide includes photos and audio files to help farmers recognise birds by their calls and songs. This technology has enabled farmers to collect data on sightings in the field, even when off-line, and have helped to build a comprehensive inventory of biodiversity in the area. 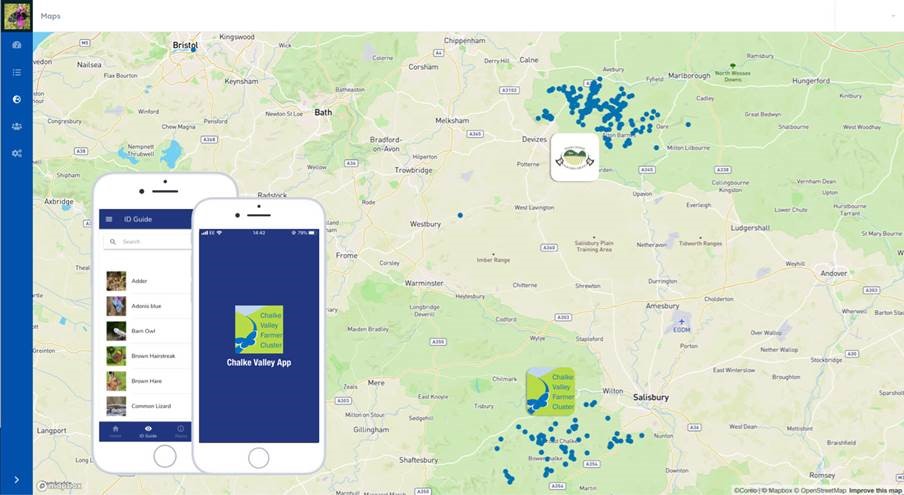 Simon says “The apps have turned data collection around for the groups.  With more than 50 different species recorded to-date and hundreds of records having been submitted, we’re now getting more information than ever before.  This increase in records is highly significant to the project, as is the speed that data reach me.  A farmer can see something interesting and I’ll have the record in seconds rather than weeks or months later.

Farmers have quickly become adept at using the app to both identify what they’re seeing, and submit data.  They love that the app lets them submit data immediately or back home if the data connection is poor in the field.

The potential for apps within farming networks is clear to see.  The uptake by farmers has been high, and with some gentle encouragement they have really embraced recording.  Some are even getting hooked on it – thanks to the apps.”

If you would like to enquire about creating a bespoke app you can read more about Coreo here. The apps are chargeable but special rates are available for farmer clusters – contact Dave Kilbey on dave@natural-apptitude.co.uk to find out more.