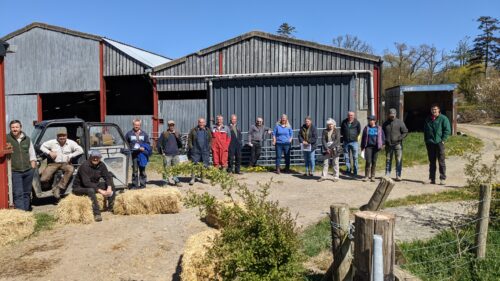 With the ongoing success of farmer clusters throughout the UK, where farmers and land managers work cohesively together to better deliver greater benefits for soil, water and wildlife at a landscape scale, the GWCT have introduced the concept of a community keeper to the equation.

Many are fully aware of the vast benefits that legal, humane and targeted predation control bring to the countryside; where competent predation control alongside quality habitat restoration and maintenance helps threatened species such as curlew, lapwing and grey partridge as well as a plethora of additional species.

By collaboratively working together farmer clusters can employ a community keeper to manage the predation control at the landscape scale. Whether this be as a practitioner themselves, working on land where predation control has not previously been undertaken, or to coordinate a wider group of professional practitioners to ensure cohesive collaboration towards a common goal. The community keeper is most likely needed to be both practitioner and coordinator, with a wide skillset allowing them to liaise effectively with all in the cluster.

In Wales, the GWCT has helped set up two farmer clusters using the government funded Sustainable Management Scheme (SMS). To receive the funding from Welsh Government each farmer group formed a Community Interest Company (CIC) and outlined the plan to employ a community keeper within their funding application. One group were successfully granted their funding in January this year (2021) and quickly recruited their community keeper who is employed seasonally by the CIC, from mid- February to mid- August and works across 15 of the 18 farms in the cluster.

This group aims to holistically improve eco-system resilience at a landscape scale, aiming to address issues such as soil health, water quality and biodiversity loss. The community keeper was employed to tackle biodiversity loss, aiming to have a positive impact on farmland birds and other species such as the brown hare. Crucially, although the SMS is not designed to focus on a single species, the area still hosts some of the last remaining pairs of lowland curlew in Wales and we are all hoping the community keeper can make a difference to their breeding success. As always, the picture is a complicated one with many variables, but the group are doing everything they feasibly can to make a difference.

As with any landscape scale, community collaboration there are always difficulties and barriers to overcome. Liaising with other practitioners and ensuring standards across the cluster area has been challenging, but the aim is always to be inclusive, working with everyone towards a common goal and we are sure that the area will be better for having the community keeper in place.

In addition to the predation control, the group has found having a community keeper a great asset to the SMS as they form the boots on the ground side of the project, helping the facilitators and often acting as the first port of call.

The concept of a community keeper is a new one. The second SMS farmer group have just been granted their funding and will be employing their community keeper in February 2022 to further test the concept. It is very exciting, and the initial feedback is incredibly positive so it will be interesting in the future to see how the concept is adopted by other clusters. When considering the positive impact community keepers could have, there is much potential for farmer clusters across the UK to achieve even greater results.